Los Angeles is a city where residents have had a say in development over the past fifty years.  The Economist  writes that in 1960 that city had a population of 2.5 million and a zoned capacity for 10 million. By 2010 the population was nearly 4 million people but its zoned capacity had been reduced to 4.2 million.

While increasing density would be a prudent way to increase population and housing choice, Angelenos are fond of the single family house and have actively campaigned against density.  In 2014 half of Los Angeles was zoned for single family housing and  the city has 8,474 people per square mile~The City of Vancouver has over 13,000 people per square mile.

There was even a  “Neighbourhood Integrity Initiative” measure that would have delayed construction  for two years on projects that do not met existing rules on zoning and height in Los Angeles. This was defeated in March of 2017 but shows the challenge in residents who like low density dwellings but also live in the second largest American city. and are wary of density. Since 1969 citizens have pushed city planning to curb density, with slow growth into the 1980’s. It was the Proposition U that limited high-rise building development and cut the allowable floor space of new commercial construction by half outside of the downtown. And that was in 1986. Proposition backers wrote in the Los Angeles Times in 1987  “We’re tired of the overdevelopment, the excessive traffic and the inadequate planning that are increasingly plaguing the people of Los Angeles.”

Seems like not much has changed in thirty years. 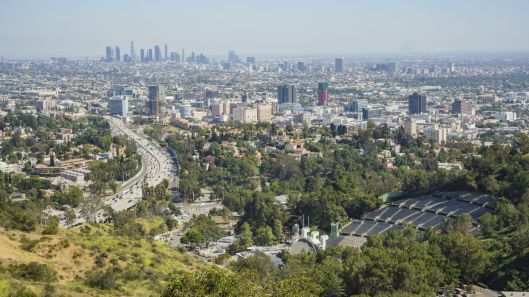