If you’ve been following the debacle in the City of Richmond over the provincially-designated Agricultural Land Reserve — and how that land is not being protected for such use — you’ve learned that municipal government can’t always be trusted to put its own, stated interests in food security and access to agricultural land ahead of the interests of a few privileged people.

The influence of developers, as they buy agricultural land cheaply and reap extraordinary profits from the building of mansions and private grounds, has spread like wildfire.

The City of Richmond has been encouraging the spread of private, gated estates on some of the most arable land in Canada — Class 1 soils supposedly protected by provincial legislation. Buy more than a half-acre of agricultural land, build a nearly 11,000 square foot mansion, avoid the foreign buyer’s tax, and surprise! You’ve worked around the system, with cheap land that you can sell at a high profit as a residential estate.

Of course, these gated estates will never return to agricultural production, and will be out of the reach of any farmer to purchase. In a salvo to potential farm use, Richmond city council has now actually approved not only the practice of McMansion-ing these prime farmlands, but the building of additional 3,000 square foot dwellings on the same property for “farm workers“.

It was a well-meaning supplication to the farm lobby, but the truth is that you can legislate the form and function of a building but you cannot legislate who will live in those units, and you can be sure it won’t be farm workers in those 3,000 square foot houses.

It must be painful for City of Richmond farmer and Councillor Harold Steves, one of the original proponents of the Agricultural Land Reserve, to see this development-oriented council sign the death warrant for Richmond farmland.

Councillor Steves stated: “If you go down the roads, you will see huge mansions, more are coming, and they are not farms; people living in those are not farmers. That’s why there is no doubt that the house sizes on farmland should be no more than the maximum size of a normal city [house], otherwise the inflated price puts farmland out of reach of real farmers. So, I don’t support the house size.”

You can be sure that the City of Richmond’s lack of interest in maintaining designated farmland has caught the attention of Lana Popham, Minister of Agriculture. As Minister Popham observed, “The one thing that building a monster home on the agricultural land reserve will almost guarantee is that a new farmer will not be able to afford that land to farm on, and so we’re very concerned about that. Richmond has been on the news with this issue, but we are hearing from other communities.”

You can read between the lines. It appears that municipal governments are challenged by having to balance developer and speculator interests with food security and the need for farmland for future generations. Yet, this land was supposedly to be maintained in perpetuity by the Agricultural Land Commission Act.

The provincial government must act. It is incumbent on them to stop over-development (enabled by municipal abdication of legislative protections) of one of the region’s prime assets — our extraordinary soils, which took the Fraser River 10,000 years to build.

The future of these lands and our collective right to pass these agricultural lands to farmers should be protected by law. Meanwhile, the City of Richmond has 61 applications to further develop this farmland.

It seems only the Province can halt this abuse of our dwindling, arable soil. And they must do it soon. 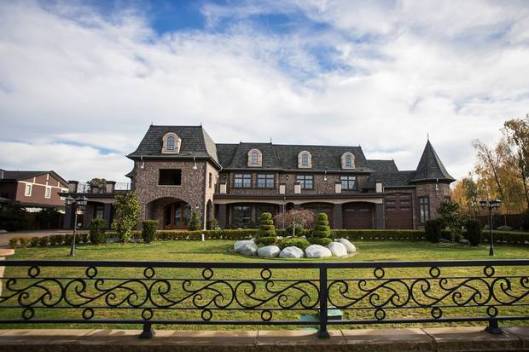