Are Sidewalks Going out of Fashion? 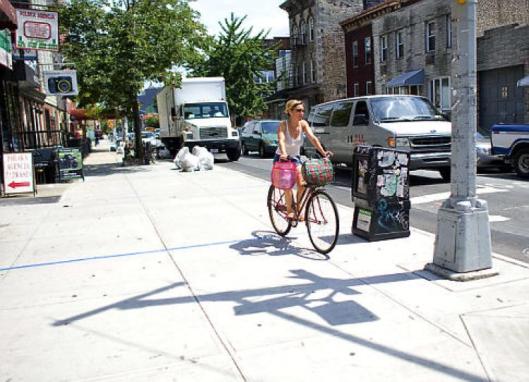 Sidewalks are the mark of universal accessibility for walkers, people in wheelchairs, and people with babies in strollers. There is an emerging voice that with motordom, “Prioritizing the mobility needs for one mode while being silent on all other modes, it’s messed up.” And motordom is  being championed in Los Angeles,not walking.

Urbanist and writer Alissa Walker in Curbed.com has written a compelling article about sidewalks~and lack of them. While groups of sidewalk “advocates” do inventories and champion city councils to build/mend sidewalks, plant trees, and make walking easier, it’s just not been a priority for municipal government. Many citizens in metro Vancouver cities struggle with the same issue. “Someone in City Hall told me there’s no constituency for sidewalks and that’s why it wasn’t a priority for them,” says Investing in Place’s director, Jessica Meany… “They said no one is knocking on their door asking to fix sidewalks.” Even though Los Angeles has the largest sidewalk network in the United States, Los Angeles County has “invested less than 1 percent of all its transportation funds for sidewalks, including crosswalks and signals, although a ballot measure passed in 2016 bumped that up to 8 percent for the next 50 years. Investing in Place estimates that half of the city’s 11,000 sidewalk miles are insufficient for basic navigation. In 2016, after almost a half-century of deferred maintenance, LA put up a billion-dollar plan to fix just the pavement, but now it can’t keep up with the repairs—the city receives more requests in a week than it can address in a month.”

While  one hundred years ago sidewalks were perceived as “the centers of American cities—public places for business transactions and social interactions. ” Ms. Walker suggests that maybe sidewalks are not so great. Before sidewalks all uses were pushed in the street. Why did pedestrians end up with a “sliver of space” and accept the invention of “jaywalking” which shamed and blamed pedestrians who dared to leave their alloted sidewalk? What is curious is that the interest in maintenance of municipal walking infrastructure coincides with the surge of education of the health benefits of walking and the wearing of fitness trackers.

But despite guerilla gardening, people plazas, parklets out of parking spaces and “complete streets “the dramatic shift in mode share—people swapping car trips for walking trips in large numbers—didn’t happen. Americans are driving more than they were before the supposed walking revolution. In 2016, Americans drove more miles than they have in any other year in history. (Compare that to Paris, where a combination of pedestrianization projects and vehicular regulations has meant 45 percent fewer car trips since 1990.) In U.S. cities, most of the talk about walking remains just talk.”

New York City and San Francisco have effectively redesigned some streets for pedestrians and had traffic deaths fall, to the “lowest number of traffic deaths last year since the introduction of the automobile”. The rest of the country? Not so much. Street safety is also an ” an environmental justice and racial justice issue,” says Emilia Crotty, executive director of the pedestrian advocacy group Los Angeles Walks. Across the country, she notes, African Americans and Latino Americans are 60 percent and 43 percent more likely to be killed while walking than white Americans.” Ms. Walker also notes that one-third of Americans don’t drive, and that Americans are getting older, with 20 per cent of the population 65 or older by 2030.Those old Americans are “outliving our ability to drive safely and comfortably yet seniors keep driving because their independence relies on it. “If you stop driving, you cease to exist as a viable human being.”

A coalition of transit tech companies have announced a unified vision which includes car-sharing, bike-sharing and ride-hailing, as well as profit making.They are “vowing to work together toward streets of the future that are “shared, multimodal, and zero-emission.” Ms. Walker suggests that supplying new transportation options means that there can be a major transformation of how we use space. Since walking is “the connective tissue” that allows us to move between options, it is now time to get out of sidewalk repair that “perpetuates a driver-first mentality” and “shift to one surface that serves all the mobility needs of its citizens”…”One hundred years from now, we’ll find fragments of sidewalks in our cities as a reminder of the time we ceded our cities to cars and pushed people onto narrow slabs of cracked cement. And we’ll wonder how we had it so backwards.”

Is she right? You can read the whole context of this discussion here.

4 thoughts on “Are Sidewalks a Remnant of Old School Cities?”