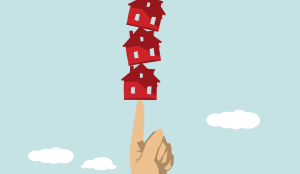 In planning and real estate Richard Wozny is a local legend for his ability to capture the upside of real estate in over 1,200 studies for public and private enterprises. That represents over $100 billion dollars worth of real estate work. Richard is direct, personable, and disarmingly honest. As Douglas Todd observes in the Vancouver Sun  Richard smiles and says “’My job is to make sure everyone makes the most of their real estate. That means ensuring the top one per cent make ever more money.”

But despite making those rich people richer, Richard is also blunt about what needs to change and what is wrong with our current real  estate system in Metro Vancouver. While in the hospital for treatment for terminal cancer Richard noticed that the hospital staff were not able to live well in Vancouver despite their stable incomes. His report Low Income and High House Prices in Vancouver   outlines that a giant amount of international money is being transformed into real estate in Metro Vancouver, making houses speculative instead of much-needed shelter accessible to local citizens. House prices are way above incomes, and a good income in Metro Vancouver does not mean you afford a house. How is this happening? It is by tax avoidance and evasion, giving those speculators “an unfair advantage over average taxpaying citizens.” Richard Wozny perceives the emergence of a middle class of people as one of the greatest achievements of the past century. And taxes are what makes it possible. Taxes are the price we pay for civilization.”

Vancouver lives with “radical inequality” as there is no ability for the city’s average wage earner to purchase a house at the current prices. But Richard argues that if all residents “shared the burden of paying for public infrastructure” prices would regulate to where they would be more affordable. In a market of “unequal rights and obligations” government is needed to enforce proper regulation and taxation in a situation where that capital is “unaccounted for, untaxed and unregulated.” Of course one of the challenges of the foreign capital is that new construction requires infrastructure to be built. Richard sees the resultant congestion and the fact that equal access to public services has declined as indicators that government should collect more from real estate speculators and expand public services with those funds.Noting that “residential real estate is not an investment vehicle” Richard states that “allowing  real estate prices to escalate to absurd levels, governments are allowing the middle class to be turned into mortgage slaves”. 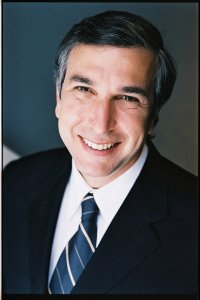 “It means governments are supposed to protect our freedom to strive for our own personal goals. By allowing real estate prices to escalate to absurd levels, governments are allowing the middle class to be turned into ‘mortgage slaves,’” Wozny said. In summation, Richard believes that the burden for paying for roads, services and schools falls to everyone that owns real estate His conclusions are similar to SFU’s public policy specialist Josh Gordon who would like to introduce a hefty annual property surtax that would be offset by income taxes paid, with provisions for seniors. But is it too little too late? And how can the federal, provincial and municipal governments act together to quickly develop policy and enact regulation so that “mortgage slaves” can afford to live in Metro Vancouver?

Update:Richard passed away two days after this article was written. Condolences to his family from the Price Tags Vancouver editors.