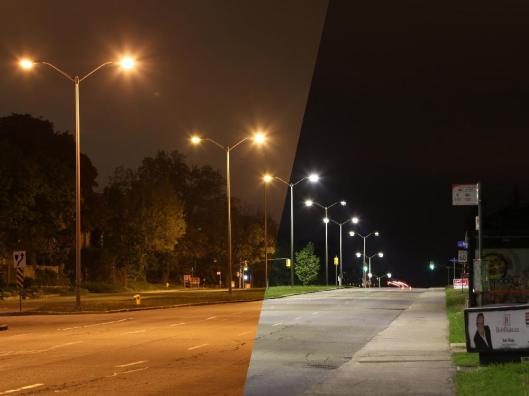 Just as we are head towards the dark months of the year, this article from the Washington Post provides background on the American Medical Association’s warning that streetlights — such as those in Seattle, Los Angeles, New York, Houston and elsewhere — emit unseen blue light that can disturb sleep rhythms and possibly increase the risk of serious health conditions, including cancer and cardiovascular disease. The AMA also cautioned that those light-emitting-diode lights can impair nighttime driving vision.

Know to be cost efficient these lights last 15 to 20 years, not two to five like the previous high-pressure sodium street lamps, and the light is spread more evenly. New York City has responded by using a bulb with less intensity for street lighting intensity bulb that the AMA considers safe.

There was an early Federal push in the USA to adapt to and use LED lighting, and it appears the higher intensity of these earlier lights are the problem. Lighting is measured by color temperature, which is expressed in “kelvin,” or “K.” The original LED streetlights had temperatures of at least 4000K, which produces a bright white light with a high content of unseen blue light.

Now, LEDs are available with lower kelvin ratings and roughly the same energy efficiency as those with higher ratings. They don’t emit as much potentially harmful blue light, and they produce a softer amber hue.

Researchers have indicated that blue-rich outdoor lights may decrease the hormone melatonin which balances sleep and regulated the body’s circadian rhythm of  the sleep and awake cycle. Researchers note that the real challenge may be that humans have not evolved to see light at night. The AMA also expressed concern on the impact of this light on wildlife, animals and birds.

It’s an example of the early adoption and embracing of a new technological improvement without rigorous testing of potential health impacts on human as well as other animal and bird life.