A not-so-outlandish idea for a great public space on Harbour Green, where a floating boardwalk and dock just never really caught on.

A local architecture and design firm is proposing a multi-use outdoor pool for the area west of the Vancouver Convention Centre, turning it into an urban centre with the one of the most beautiful backdrops in Vancouver.

Their proposal would see Vancouver become home to North America’s first ‘Harbour Deck’. Popular in Copenhagen and Oslo, the area would be centred around an outdoor floating pool at the edge of Coal Harbour – but would also include an oval wooden boardwalking, wading areas, water hammocks, a raised bridge and a four-metre highplatform.

Here are a few precedents on just a kilometre of the Copenhagen harbourfront: 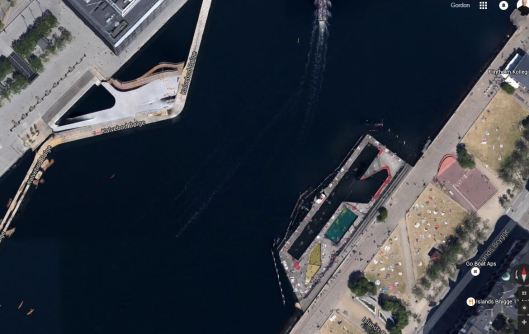 UPDATE: Swimming in and by the sea.

Love the idea of the Coal Harbour deck – though I think the lack of opportunities to touch, jump and swim in the sea is somewhat exaggerated.  Within easy distance of Burrard and Georgia, there are four named beaches, and a really big (heated) outdoor swimming pool at Second Beach. 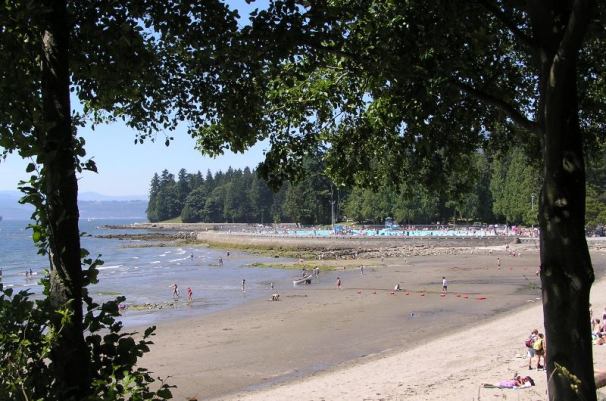 Then there’s Kits Pool – 130+ metres long – though not my any stretch the biggest outdoor saltwater pool in the world  For that, you go to Chile, and the resort of San Alfonso del Mar: 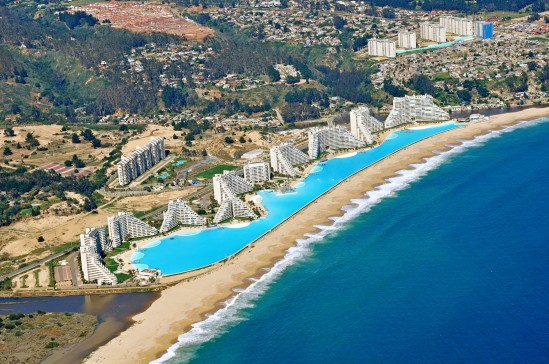 3 thoughts on “Proposal: The Harbour Deck at Coal Harbour”