By way of Michael Alexander: 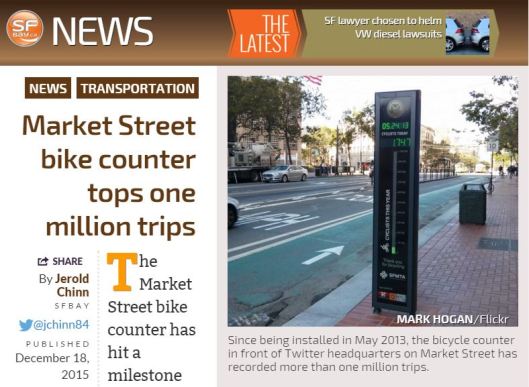 Ever since the Market Street Bike Counter was installed at Market and 10th Streets in May 2013, we’ve been looking forwrad to the tally of bike rides passing one million in a single year. 2015 was that year. The bike counter hit the one million mark in early December 2015. This biking milestone is yet another undeniable testament to how much bicycling is booming in San Francisco. We must continue shaping our city to accommodate and welcome the growing number of people who bike.

Michael: “I believe that Market Street is San Francisco’s busiest bike corridor. How interesting that a city with a huge bike culture— far more aggressive than ours– and about 200,000 more people than Vancouver, tallies almost exactly the number of riders crossing the Burrard Bridge.”

Not quite. Vancouver reached a million on the Burrard Bridge just between January and August, 2015: 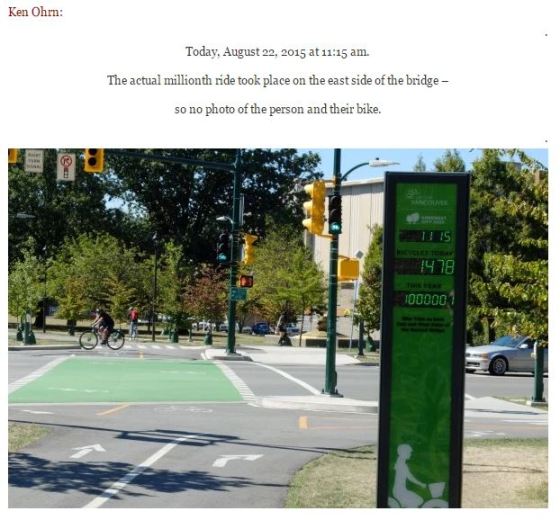 That raises an interesting question.  What is the busiest bikeway or route in North America?