An occasional update on items from Motordom – the world of auto dominance.

It started with blogger Timothy Lee describing the decline of St.Louis. 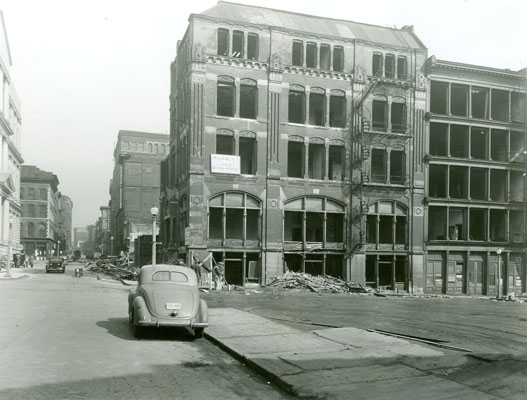 Carving up St. Louis with freeways didn’t just undermine individual neighborhoods, it permanently changed the region’s culture. By undermining walkable urban neighborhoods while simultaneously making it easier to commute in from the suburbs, planners effected a massive transfer of wealth from from cities to suburbs.

It’s not surprising that many people responded to these incentives by moving to the suburbs. But it was hardly a voluntary choice.

Readers jumped in with other examples from Dallas, St. Paul, Columbus …

Then E.D. Kain commented in Freeways and the death of the great American city that “if there was ever an item so ripe for liberal-libertarian cooperation, this is it.”   And yet libertarians like ABC’s John Stossel, as conservative Austin Bramwell observes, often defend the suburban sprawl made possible by government-directed and funded freeways.

Libertarians defend it.  Liberals decry it.  Shoudn’t it be the other way around?

Hoping to give further momentum to an idea that has picked up a growing number of adherents in recent years, a group of local civic activists and planners  released a detailed report advocating the removal of the elevated expressway over Claiborne Avenue. 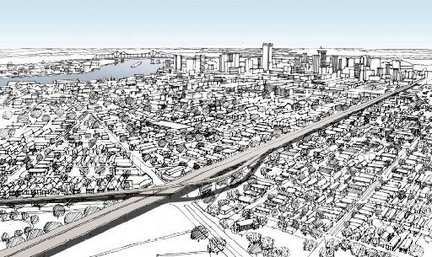 The proponents say eliminating the expressway would have numerous benefits, such as removing an eyesore, reducing noise and air pollution, increasing opportunities for public transit, and promoting investment that would eliminate blight and create economic development in the Treme and 7th Ward neighborhoods.

Although travel times for motorists who now use the expressway would be longer, the increases would be only a few minutes, the report says, and accessibility to the French Quarter and other destinations along the expressway route would “improve substantially with a better-connected street network.” 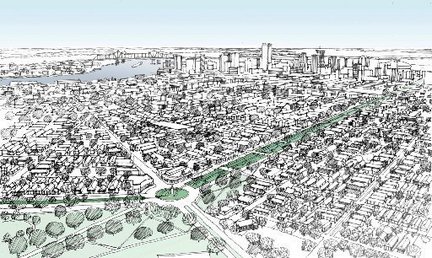 UPDATE: And why Toronto should bury the Gardner Expressway.